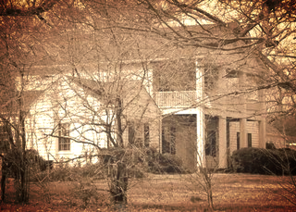 Before European settlers came to Williamson County, the area was a Native American hunting ground. Nomadic Creeks, Chickasaws and Cherokees hunted the valleys and fished the streams. These Native Americans jealously guarded their hunting grounds, and there were many conflicts with the first settlers.

Another group of Native Americans inhabited Williamson County before the nomadic hunters. These earlier Native Americans had a highly developed culture, living in towns and farming the land. They had a custom of building mounds, perhaps for religious purposes. The most famous of the Native American towns are Old Town on Natchez Trace and Boling Springs Mounds on Moores Lane. Mounds may still be seen today at both of these sites. 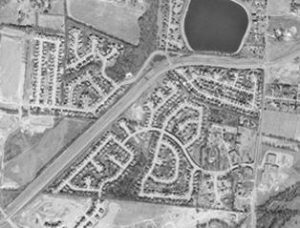 This parcel of land was handed down to his granddaughter, Sarah Glass Polk Dallas. Mrs. Dallas and her husband Hugh Douglas Dallas built the existing white home located at the front of the Dallas Downs subdivision in 1936. Its siding is made from cypress wood and the flooring throughout the house is walnut. The farm was formerly known as “Walnut Grove Farm” and was known for its centuries old walnut and tulip poplar trees.

The building of the Mack Hatcher Parkway split the farm and the decision was made to develop the farm into two separate subdivisions, Dallas Downs and Polk Place. The first family to move into Dallas Downs was the Joe Williams family at 190 Cavalry Drive. The last house built was at 209 Madeline Court. ​

Carnton Plantation was built more than a century and a half ago by Randal McGavock, who owned more than a thousand acres of surrounding land. At the mansion’s completion in 1826, it was one of the most elegant estates in Williamson County. The plantation was noted for its fine thoroughbred horses and large political gatherings; hosting such notables as Andrew Jackson, James K. Polk, Judge John Overton, and Sam Houston.

McGavock completed his home the year after he ended his term as Mayor of Nashville. Carnton Plantation was built as a showplace with entertaining in mind. Incorporated in the home are some of the finest examples of workmanship in the area. The unusual usage of color, carved water tables, fine limestone lintels, brackets and twenty-eight light windows are outstanding.

The night of November 30, 1864 found the rear lines of Stewart’s Corps on the lawn at Carnton. A steady stream of dying and wounded was brought to the house throughout the night. Dawn found all but one room filled with wounded and five Confederate Generals lay dead on the back porch.

The monetary wealth controlled by McGavock was loaned or given to the Confederate cause. The family was cash poor after the Civil War. Their vast properties were sold piecemeal for needed cash over the years following the war. On September 19, 1898, William Henry Glass purchased the land known as Dallas Downs from Winder and Suzie Lee McGavock, heirs of the Carnton property.

Dallas Downs HOA requests that all Members of the Association comply with the provisions of the Federal Fair Housing Act in the sale & renting of property in Dallas Downs.